What an Appraisal Is 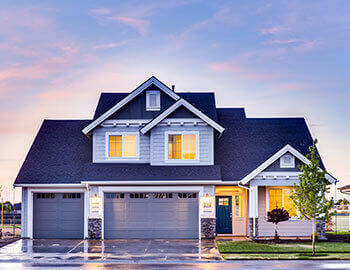 This is the first in a series of blogs that will explain what an appraiser does to create an accurate and reliable appraisal. But before I explain the process, it is beneficial to understand what an appraisal is, and even more significantly, is not. This blog will focus on the is not portion.

Many people seeking an appraisal for a mortgage loan or who are selling their home and seeking advice to establish a selling price tell me to “make it a good appraisal” and then add something like because we want our home’s value to be higher, or we don’t want the market to go down because of a low appraisal or we need a high appraisal so we can sell our home for $XXX dollars. The implication behind the statement/request is that an appraiser has some special power or influence over the value of a home or homes in the person’s neighborhood. Nothing could be further from the truth.
One of an appraiser’s most important obligations is to be a reporter, not in the unfortunate reality that CNN, MSNBC or Fox reports news have become to represent the word, i.e. with a bias, but instead in the old-fashioned meaning of the term, one who tells what is going on without bias. And if a reporter does his/her job correctly, they do not influence the outcome, but rather share what has and is unfolding.

Real estate markets, like the stories on the news seldom are not influenced by the reporters, but rather by the players, the people in the middle of the action. How is the typical home sale created? A person, either through an agent or on his/her own, puts their home up for sale and some perspective buyers look at it, normally walk through it and then make an offer, some negotiation might take place, and if all ends well the property goes into escrow and eventually closes, i.e. is sold. Few buyers, very few, get an appraisal BEFORE going into escrow (why that is potentially not a good thing can be addressed in a future blog) and only then is an appraisal ordered. Note, the normal way people buy homes is not influenced by its appraised value because the appraisal comes AFTER the purchase/sales price has been decided.

Of course, there are instances when the appraisal influences a property’s sales price, normally when the report does not show support for it. In such instances, either another report is ordered or more commonly negotiations are reopened, and a new value is agreed upon. But this takes place in well under 5% of all home purchases. In fact, most estimates place it under 2%. That means that in 2017 approximately 5.4 million sales were agreed upon without an appraiser’s influence and roughly a little over 100,000 were influenced by an appraiser’s judgement. Clearly, appraisals do not establish market values, but rather only report on the estimated value of a property using data established by buyers and sellers in a given area. So, a “good appraisal” is one that accurately observes and describes the property and its market and with that information estimates what its most probable sales price will be as of a specific date. I will discuss more of what constitutes a good appraisal in my next blog.